A total of 35 representatives of Amazonian indigenous communities will be part of the second edition of the "Diploma in Governance, Incidence and Political Communication" of the School of Indigenous Government and Amazonian Development (EGIDA).

The implementation of the EGIDA diploma course, is promoted by the Interethnic Association for the Development of the Peruvian Jungle (AIDESEP) and is developed with the aim of empowering the leaders of indigenous communities so that they are capable of effectively defending their political rights and gaining prominence and their own voice in the different decision-making and negotiation spaces.

“Since its foundation, AIDESEP has been training indigenous leaders in order to develop capacities based on knowledge and the exercise of collective rights, such as, for example, the defense of the territory and the reproduction of their own culture in the Life Plans or “Planes de Vida”. Now it is very important to continue with this task given the increase in territory threats and death of defenders,” says Apu Jorge Pérez, president of AIDESEP.

The course consists of seven training modules that, for eight months, will address issues such as: rights of indigenous peoples, political communication, indigenous economy, the impact of climate change, as well as planning and management of the territory. These will be developed through virtual platforms and also in face-to-face spaces, for which there is an alliance with the Intercultural University of the Amazon (UNIA) of Pucallpa.

The EGIDA is a desire of the Amazonian movement to have its own political training space by and for the indigenous peoples, based on their aspirations, that allows the relaunch of Amazonian indigenous governance in the face of the uncertain, volatile and complex panorama in in which we are immersed at a global and local level.

In 2021, the first edition of the "Diploma in Indigenous Governance and Political Communication" was held, which had 30 graduates representing 11 Amazonian indigenous peoples.

During this year, in addition to the diploma course, other specialization courses and seminars will also be opened for officials of public and private organizations that work in the Peruvian Amazon, this as part of the academic offer of EGIDA to promote the training of more professionals. that they know the dynamics and socio-cultural process of the Amazonian indigenous peoples.

The implementation of the EGIDA is supported by the Indigenous Amazon: Rights and Resources (AIRR) project, executed by AIDESEP and WWF Peru in partnership with the United States Agency for International Development (USAID). 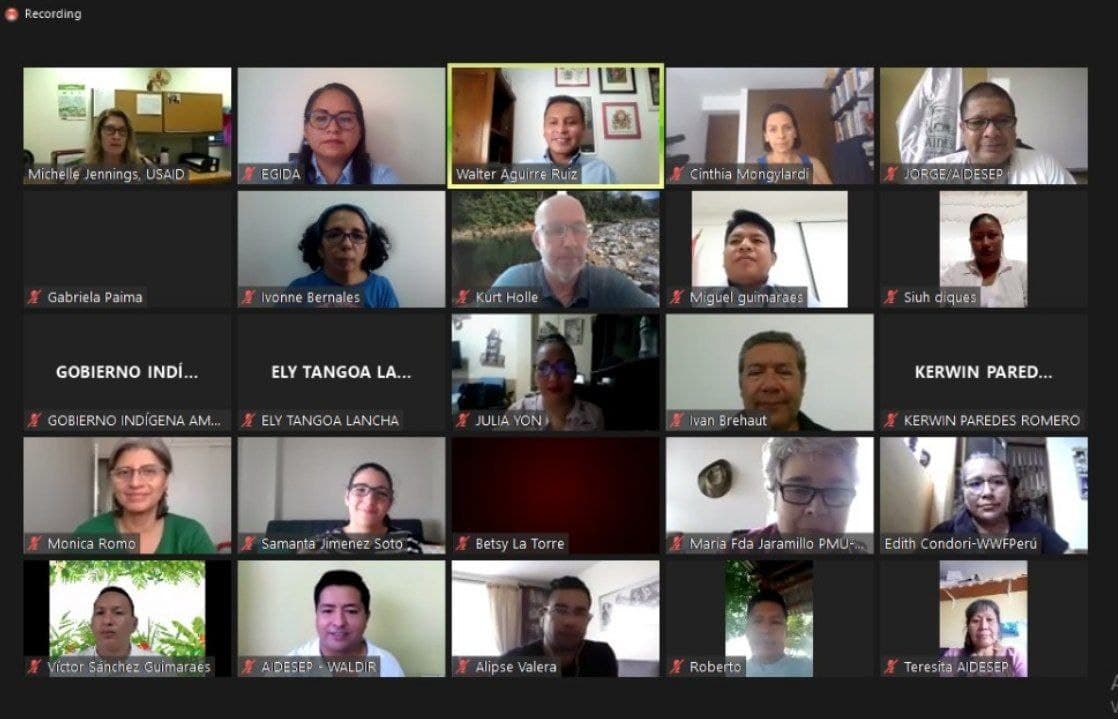