Humpback whales that migrate to Peru are threatened by fishing nets Humpback Whales
© David Southern - WWF-Colombia
August 02 .- The main threat for whales and dolphins globally is the bycatch produced by the entanglement with fishing gear. This situation also affects other species, such as turtles and seabirds, especially when the fishing nets invade spaces where migration and reproduction of marine fauna occurs.

Every year, between July and October, humpback whales visit the warm waters of northern Peru to breed, migrating from their feeding areas in Antarctica. These giants are about 16 meters long and weigh up to 30 tons. When a whale becomes entangled, it usually drags the fishing gear, swimming for miles and dying some time later, in an area completely distant from where it was first entangled. Even so, only in the last week 2 cases of entangled humpback whales have been reported in the northern regions of Tumbes and Piura.

“Humpback whales, despite their large size, suffer serious consequences due to entanglement with fishing nets, causing damages that come from injuries to death. A recent study[1] indicated that the weight of the fishing nets slows down their movement and generate additional energy expenditure, which determines their survival, even when they are released”, says Aimée Leslie, Director of the Marine Program of WWF Peru. "And in the case of whales that drag the gear, this usually leads to a long and painful death that can last for 6 months to a year."

In that sense, prompt release is of the utmost importance. To do this, trained personnel and appropriate tools for the task are needed. Without the necessary training, trying to free a whale could endanger the life of the rescuer. One of the main recommendations of the International Whaling Commission, for example, is that the crew that releases the cetacean should not enter the water, since doing so can stress the animal and generate sudden movements that lead to an unexpected blow.

What to do in these situations?
When witnessing such an incident, it is advised to report it immediately to the relevant authorities: Local Office of the Institute of the Sea of Peru - IMARPE (01208-8650), Regional Government Production Directorate (072-524390) or the National Police of Peru (072-525250).

Innovative solutions to reduce bycatch
Together with artisanal fishers in Tumbes (in the towns of Zorritos and La Cruz), WWF Peru is working on the implementation of “pingers”, devices that emit a “ping” sound that alerts whales and dolphins to avoid the fishing nets.

Additionally, WWF Peru promotes a recycling initiative of fishing nets, both in artisanal and industrial fisheries, with the purpose of preventing them from being thrown into the sea and putting the marine megafauna at risk. A recent scientific study found that humpback whales account for 37%[2] of cases of entanglement in abandoned or discarded fishing nets at sea. As part of this project, a fishing net collection module has been installed in the Artisanal Fishing Lannding site of Los Órganos, as well as in the Santa and Coishco communities in Chimbote.

“The efforts of the organized civil society are important. However, to effectively address the problem of bycatch in the country, we need to work together with the Government, fishermen, and industry in the search and implementation of solutions”, says Leslie.

About WWF
WWF is one of the largest and most experienced conservation organizations in the world. WWF was born in 1961 and began working in Peru in 1969 when it contributed to the successful recovery of the vicuña, supporting the management of the Pampa Galeras National Reserve (Ayacucho). It has a worldwide network that works in more than 100 countries. Its mission is to stop the degradation of the natural environment of the planet and build a future in which human beings live in harmony with nature, conserving global biological diversity, ensuring that the use of renewable natural resources is sustainable and promoting the reduction of pollution and excessive consumption. 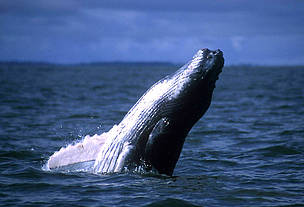